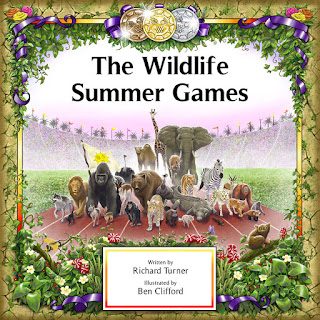 The Wildlife Summer Games
Author: Richard Turner
Released by Starfish Bay Publishing, November 2020
Who do you think would win a gold medal in basketball – a team of lions, giraffes or chimpanzees? Who would swim the fastest – a tiger, a beaver or a crocodile? Who do you think could lift the heaviest weight – an elephant, gorilla or grizzly bear? You decide who wins the bronze, silver and gold medals!
Readers are given simple, informative descriptions for ten sporting events. The unique skills each creature would bring to these events are described in a fun yet factual way. Children are encouraged to apply critical thinking to predict who would win the gold, silver, and bronze medal in each event. 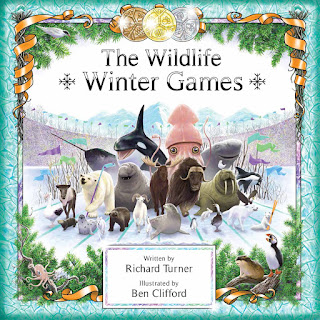 Who do you think would win a game of ice hockey between a team of penguins or polar bears? Or perform the most acrobatic tricks on a snowboard, a whale or a dolphin? Or speed skate the fastest, a hare or moose? You be the judge!

Competing against each other in 10 winter sporting events are a selection of Arctic and Antarctic creatures that are experts on snow and ice. The unique skills each creature would bring to these events are described in a fun yet factual way. Readers are invited to predict who would win the gold, silver and bronze medal in each event. 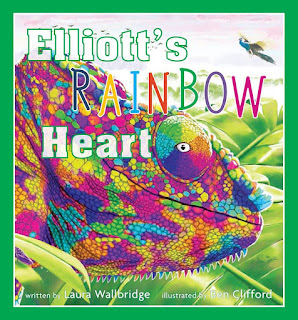 Elliott only likes to eat blue things, blue for breakfast, blue for lunch, blue for dinner.
When no blue things can be found in the rain forest, Elliott has to make a difficult choice. Does he continue to battle his grumbly, rumbly, squelchy tummy, or does he try something new and strange?

Join Elliott as he makes his way through the rain forest on a quest for something more, something strange, something rainbow!

Elliott's Rainbow Heart nurtures children who struggle with new experiences, empowers them to give things a go and bravely deal with the emotions that accompany a change.